Once again, the perfect Street Parade weather – 25 degrees and sunny – attracted a massive crowd of people to the shores Lake Zurich. An estimated 950,000 visitors danced to the sounds of the 27 Love Mobiles and eight stages along the route.

Because of the major building site at Bellevue, the legendary "Main Stage" was moved to the large car park at Hafendamm Enge and also renamed the "Arena-Stage". Thanks to a top line-up with Fedde le Grand, Nervo, Nicky Romero and Danny Avila, this location became the new hotspot.

Zurich artist «Redl» produced a cultural balancing act. He is a real institution in the Zurich graffiti scene and rapper in the legendary hip-hop combo "Radio 200k" and designed the striking subject for this year's Street Parade.

On Bürkliplatz, DJs such as Luciano, Andrea Oliva and others with their Caldenza label celebrated a dazzling anniversary party, whilst WESTBAM rocked the Bellevue. The 2013 Street Parade was broadcast live on TV for 9 hours by 3+ (Switzerland) and the ARD digital station "EinsPlus" (Germany/Austria/Switzerland). 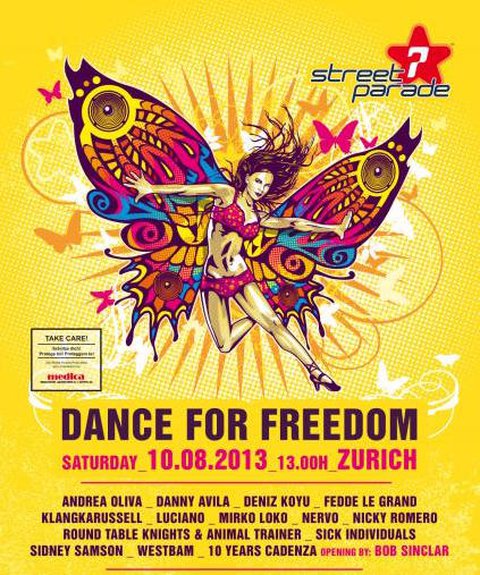 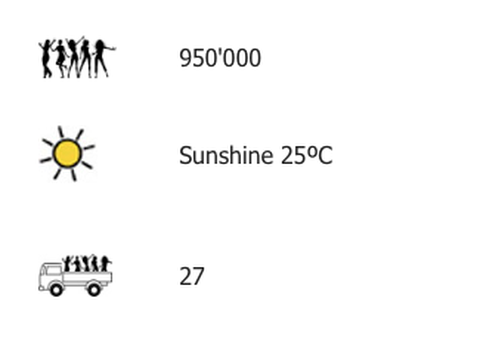 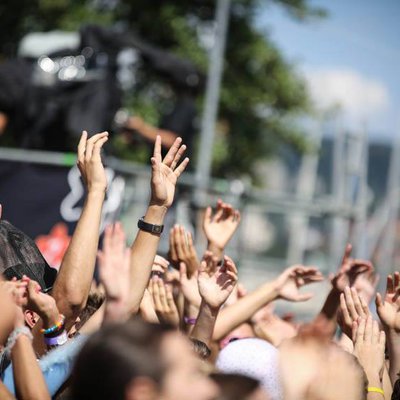 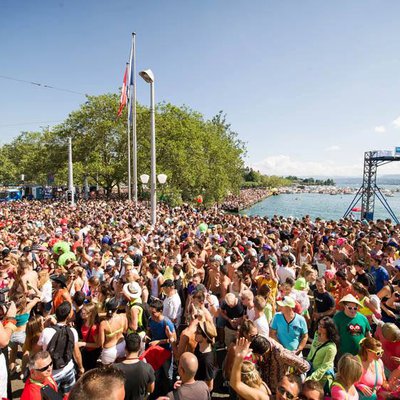 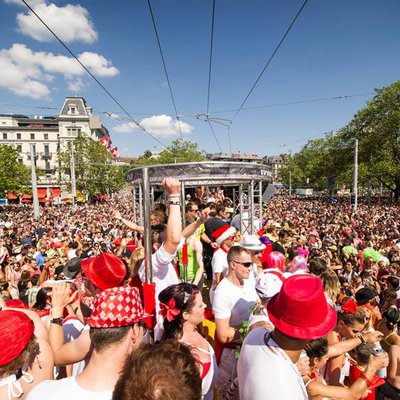 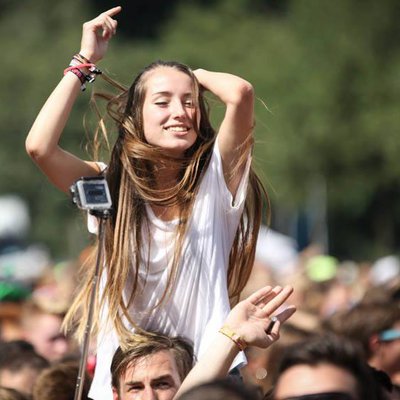 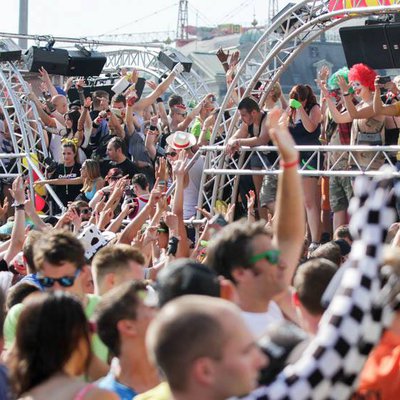 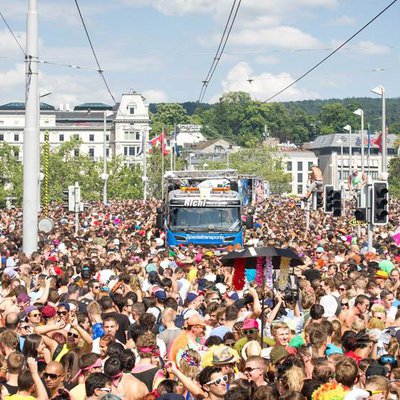 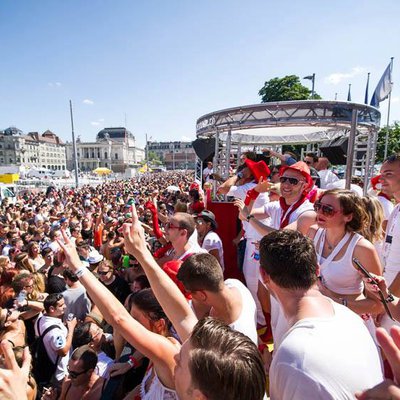 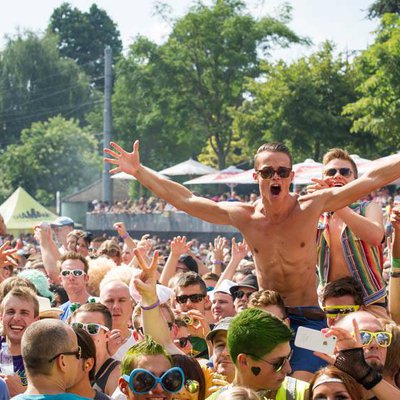 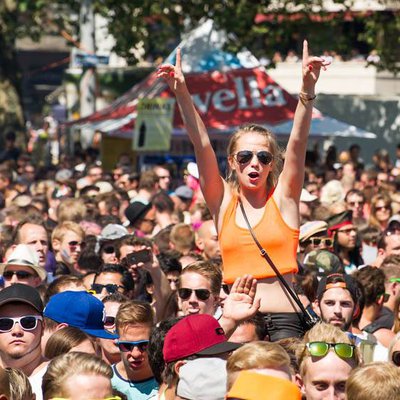 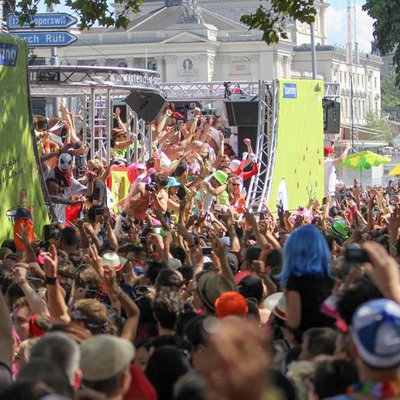 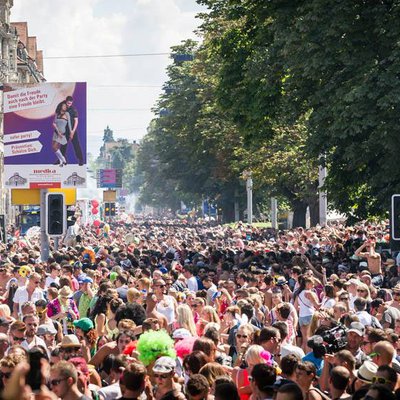 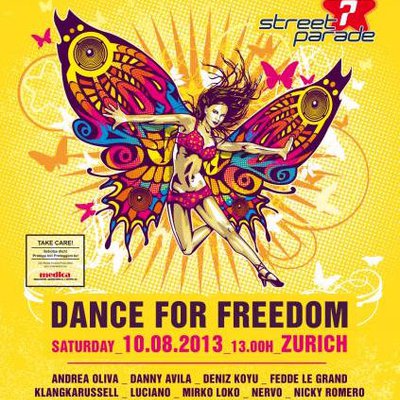