Dr. Motte, founder of the Berlin Love Parade, in Zürich

January: Application for the authorization to hold another Street Parade. But the previous year's frolics along the Bahnhofstrasse had obviously raised many eyebrows and there were problems in getting the all-clear. The Parade finally had to be re-routed to prevent the revellers from dancing along the world’s most affluent street at this year’s Parade.

In its second year, the Street Parade nevertheless blossomed into to a real mega-event. Leila Benaissa brought techno-gurus Sven Väth and Dr. Motte, founder of the Berlin Love Parade, to Zürich. The police were certainly not prepared for the hoards who descended on the city: over 10'000 ravers attended the second Zürich Street Parade on 28 August 1993. For the first time, the post-Parade «Energy» party was held at the Hallenstadion. The 1993 Street Parade finally put Zürich firmly on the techno map. 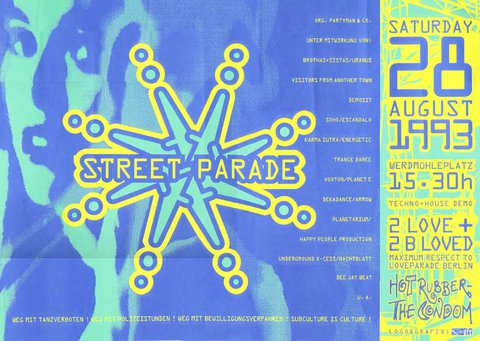 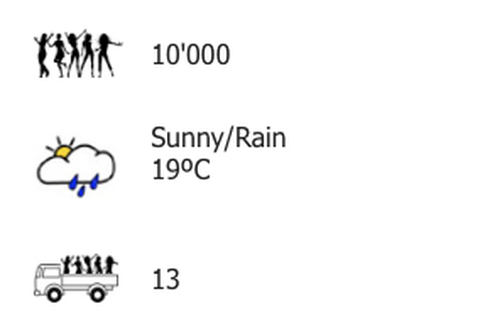 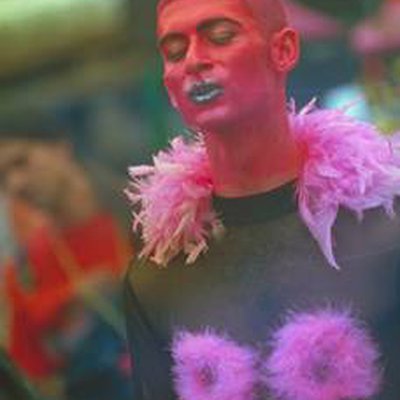 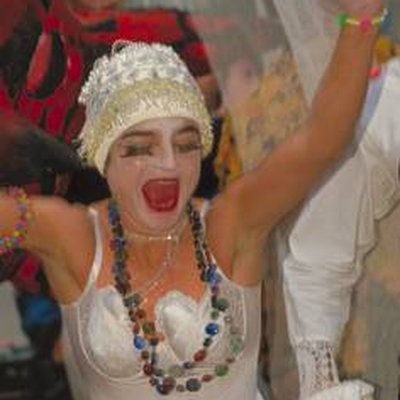 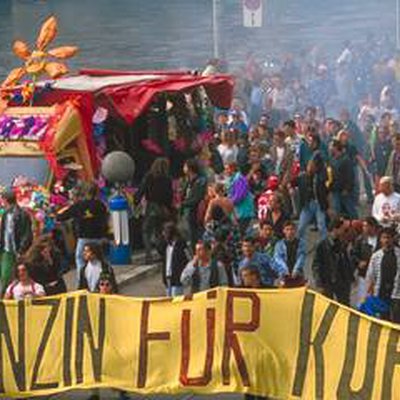 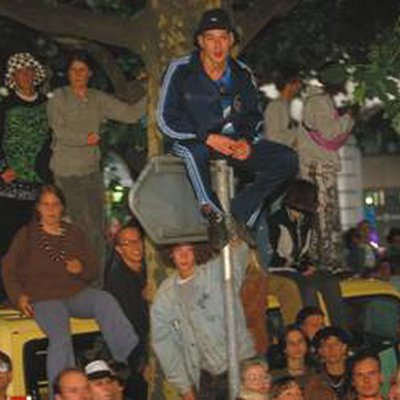 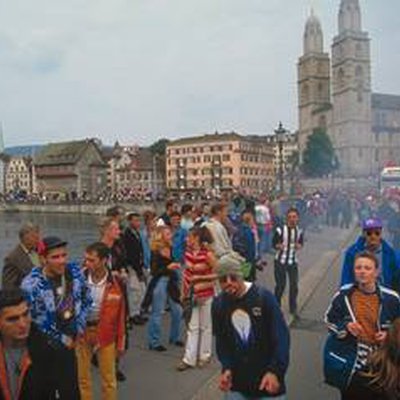 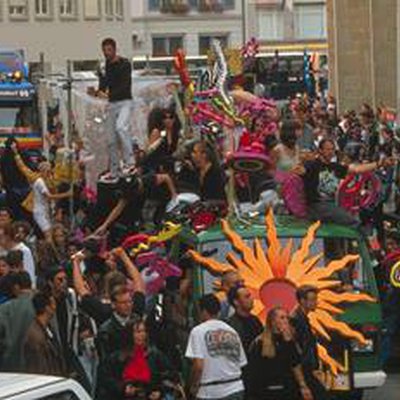 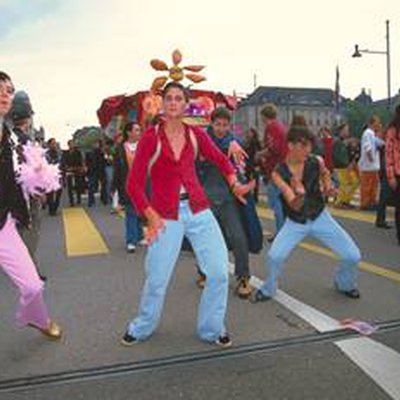 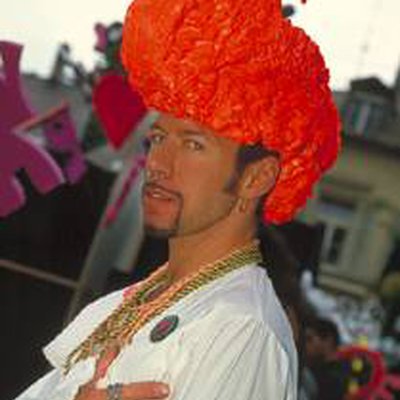 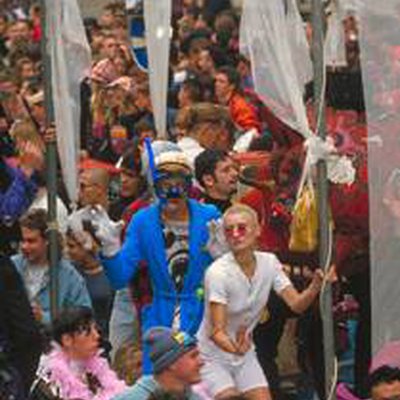 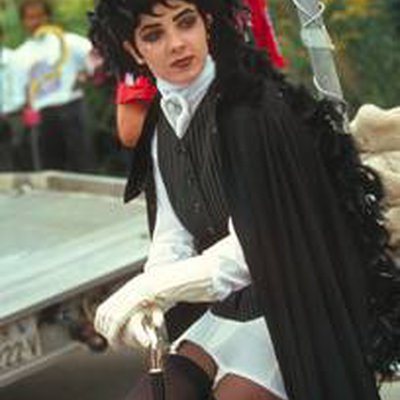 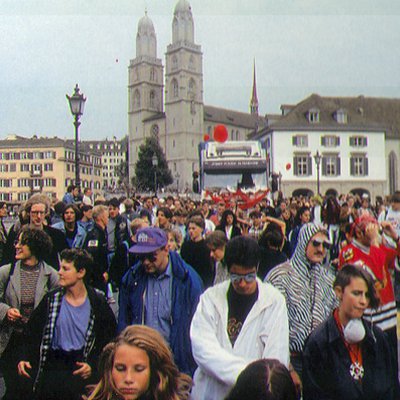 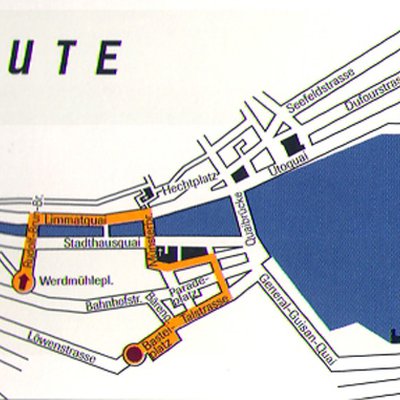 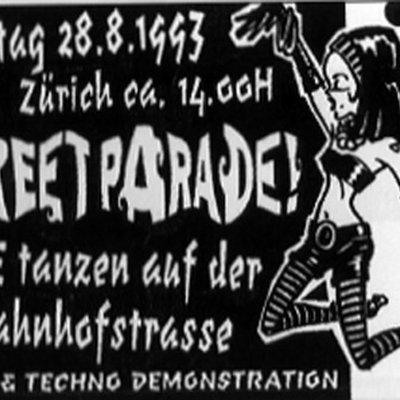 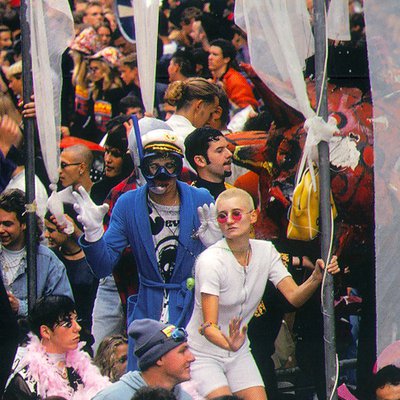 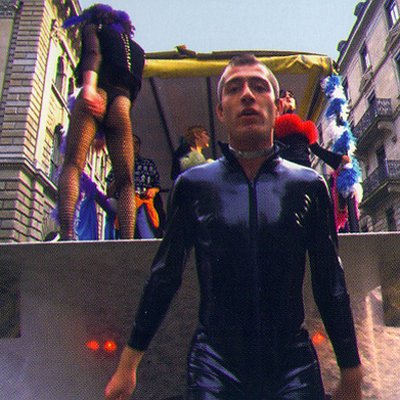 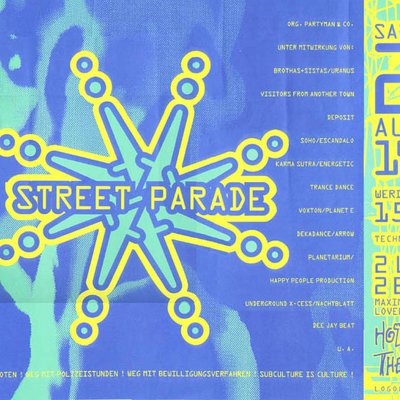